I wanted to make a skirt for the Yule Light Up the Night 2.5mi race, and ended up making this really cute blue, tiered, ruffled skirt that reminds me quite a bit of Elsa from Frozen. 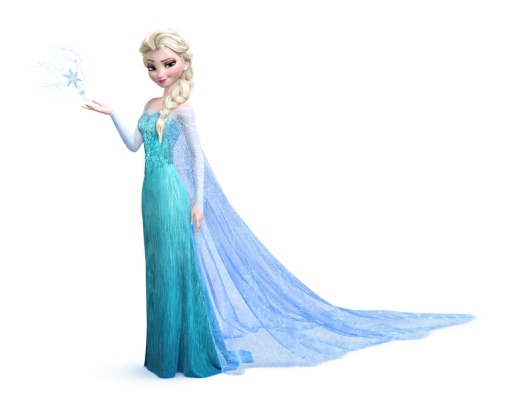 My apologies… I keep making skirts without taking progress photos… it’s because I don’t actually think I’m going to blog about my sewing projects, and I’m too excited to make my skirts to care about taking pictures as I go along (it slows me down). In lieu of photos, I’ve done my best here to create some graphics and provide descriptions!

Supplies list (newly-purchased, as well as what I already had sitting around):

My go-to fabric store is Jo-Ann Fabric. They had some awesome deals over Black Friday weekend, which made my broke-ass heart so happy! 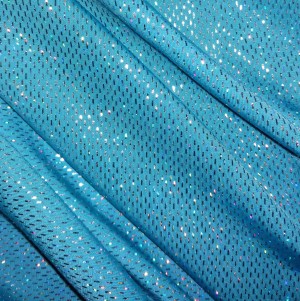 The blue knit feels like swimsuit material, and it has really pretty silver/holographic threads running through it that remind me the skirt portion of Elsa’s gown.

The white mesh with the snowflakes reminds me of her cape.

Note about the mesh: I purchased a soft mesh that isn’t scratchy. Some mesh is very stiff and is better suited for things like tutus because it holds its shape well. The mesh I used for this skirt is soft and flowy.

Finally, I found some really soft, easy-to-stretch, glittery elastic for the waistband.

I reused the circle skirt tutorial from Moms RUN This Town (the same tutorial I used to make my Santa Shuffle skirt) with some minor modifications so that I could have a second ruffled layer on my skirt with a sheer layer on top of it. I wanted to make sure there was a little ruffle in the bottom half of the skirt, and I wanted to incorporate the sheer panel without fully covering the blue, because I really like both fabrics.

You can refer to the tutorial for the math/measurements and how to fold/mark up the fabric, so here’s a visual of how I planned out cutting the pieces for my skirt: 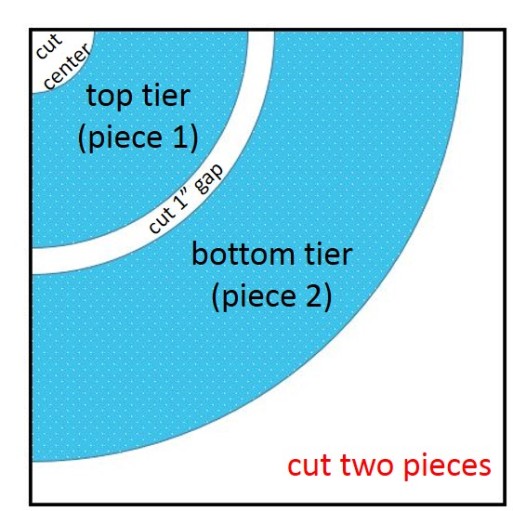 Once I had my pieces cut, I opened up the folded pieces and had perfect circles (like donuts, but less delicious). I laid the sheer tier over the bottom blue tier and ran a wide, loose stitch by hand about half an inch down from the top edge of the layers so that I could create the ruffle I wanted before I pinned these layers to the bottom edge of the top tier. Once I had them pinned, I zipped it through the sewing machine.

And by “zipped” I mean I labored over this over a couple days because my sewing machine is old and comprised of plastic parts that overheat and warp, and the bobbin thread kept bunching up and building a bird nest, and it just doesn’t sew as well as it used to.

LEST YOU THINK THESE PROJECTS ARE EASY… I assure you, they are not. The skirt itself isn’t difficult to make, it’s just the damn sewing machine that makes it so hard. I get really frustrated with my machine and have to stop working. Perhaps it’s time for a new sewing machine…

I took the elastic for the waistband and sewed the ends together to make a circle. Then I pinned that to the top edge of the skirt with the glittery sides facing each other (ie: the parts that face out when the skirt is on) and hand-sewed at this point because I was so annoyed with my sewing machine. This took me a few episodes of That 70s Show over a couple nights to complete. Then, voila! Finished skirt! And PERFECT for an Elsa costume at a runDisney race! 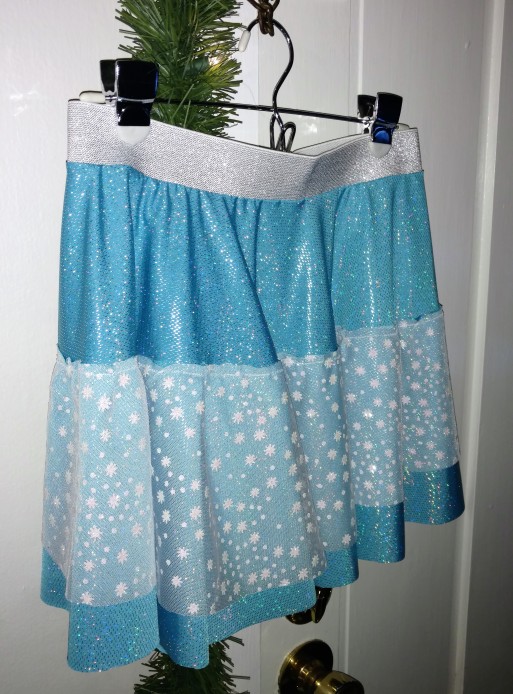 My only reflection looking back on this design is that I should’ve cut a larger gap between the two blue pieces of fabric. If I had made the gap 2″-3″ wide, the bottom layer would’ve been larger and would’ve created a nicer ruffle. Oh well… lesson learned for next time!

If you’re nervous about cutting a circle skirt, this tutorial on YouTube is another way to make an elastic waistband skirt that just requires one straight cut across the bottom for the length you want. I used this for the mermaid-print skirt I wore for Traveler’s Half Marathon.

Have you made any of your own skirts for running? Which tutorials did you follow?

One thought on “{how-to: a running skirt, elsa-inspired}”

The opportunity to experience a supported race (water, fuel, burritos, cold towels!) that ISN'T the same old route you've done a million times since everything got cancelled or went virtual is one of a kind! . Untimed, but set courses through several Denver-area neighborhoods with multiple points of entry and open start time within a 4-hour window... all enabling you to enjoy a fun run while still socially distancing. . And I'll be there cheering you on! . Head to @alloutmultipro and click the link to visit the website for more info. . (My NH ladies are still welcome to sign up and do this virtually... you'll get a shirt and medal from a CO race!) ——— #repost ——— And now... for the moment you've all been waiting for! We can't WAIT to see you! #AllOutMultiPro #AllOutAllYear #AllOutRunAmok
#repost ——— Failure is not an option, right? Stay tuned for a MAJOR announcement later this week. #AllOutMultipro #AllOutAllYear #AllOutRunAmok
Went for a little 3mi walk/hike today. I came upon these trees that were soooo short... it was strange to be in a section of new forest. The trees in New England are basically ancient compared to those that pop up after forest fires and fire mitigation. 🌲 . . . #womenwhohike #womenwhohikecolorado #womenwhoexplore #womenwhoexplorecolorado #jeffersoncountyopenspace #jeffco