An awful lot has happened since Princess Half Marathon back in February… let’s take a short trip down memory lane.

Remember last week when I mentioned I was having all kinds of funky new pains in my legs? Well… I decided that for Tinkerbell Half Marathon, I would need to scale way back on the miles I had been putting in every week.

What can I say? I’m a sucker for a group run. But I couldn’t do this anymore.

After some research for my first marathon (Wineglass, in October), I decided I wanted to use the Run Less Run Faster plan… so I decided to loosely follow the plan for Tink. This plan involves just three days of running with two days of non-load-bearing cross training (stationary bike and rowing machine). The running days would be track repeats, tempo runs and long runs. And they recommend fitting in weight training and stretching. Sounds like a pretty complete plan to me! But let me emphasize the word “loosely” when I say I loosely followed the plan.

I did up all kinds of Post-Its and notes for the biking, rowing and running… since it was still March, the local tracks were still buried under snow, so I had to get creative with my tempo runs and track repeats (there was a lot of math involved).

Reason #1: The machine essentially does the work for you. If you geek out on the math and figure out what speed to select on the machine, you just punch in the numbers and it goes, and each running interval is automatically going to be the same pace every time… which is kind of cheating.

Reason #2: Even with something to pay attention to on a treadmill, it’s still horribly boring. Treadmills suck.

Reason #3: Keeping notes and pens on that tiny ledge on the treadmill face is impossible. It’s also hard to keep your phone in place, and shit just goes flying everywhere. It sucks.

Once the weather improved, I had to try track repeats on an actual track… and it went fine. But this is when I realized that my Fitbit Blaze no longer did everything I needed it to do, so I ended up ordering a new watch… a Garmin Forerunner 235. I’m kind of obsessed with it. The day it showed up… oh man… 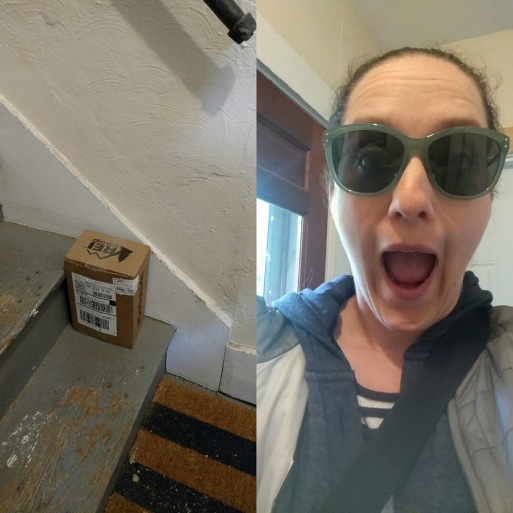 It turns out… I really like track repeats on a track. I was worried running in circles would be boring, but the repeats give me something to think about. It’s almost like a game, trying to hit consistent paces. I highly recommend adding speedwork to your training plan! I’m not sure I’m getting faster yet, but I can see how speedwork works.

My problem is… if I don’t schedule it into a calendar, it’s not going to get done. It’s that simple. So loosely following a plan doesn’t work for me. I should’ve known better.

Do you like structured training? Or are you good at just winging it? Tell me what works for you… I’m curious.

The opportunity to experience a supported race (water, fuel, burritos, cold towels!) that ISN'T the same old route you've done a million times since everything got cancelled or went virtual is one of a kind! . Untimed, but set courses through several Denver-area neighborhoods with multiple points of entry and open start time within a 4-hour window... all enabling you to enjoy a fun run while still socially distancing. . And I'll be there cheering you on! . Head to @alloutmultipro and click the link to visit the website for more info. . (My NH ladies are still welcome to sign up and do this virtually... you'll get a shirt and medal from a CO race!) ——— #repost ——— And now... for the moment you've all been waiting for! We can't WAIT to see you! #AllOutMultiPro #AllOutAllYear #AllOutRunAmok
#repost ——— Failure is not an option, right? Stay tuned for a MAJOR announcement later this week. #AllOutMultipro #AllOutAllYear #AllOutRunAmok
Went for a little 3mi walk/hike today. I came upon these trees that were soooo short... it was strange to be in a section of new forest. The trees in New England are basically ancient compared to those that pop up after forest fires and fire mitigation. 🌲 . . . #womenwhohike #womenwhohikecolorado #womenwhoexplore #womenwhoexplorecolorado #jeffersoncountyopenspace #jeffco